Eddie Dixon (1950- )
Eddie Dixon was born into a military family and spent much of his childhood in California. One Christmas his mother gave him a gift of modeling clay. Eddie enjoyed playing with it and modeling some of his toys—an early indication of his future. After graduating from high school, Dixon served in the 101st Airborne in Vietnam from 1968 to1970. He and six friends from his military days were later recruited by Texas Tech University in Lubbock.

Dixon earned bachelor’s degrees in chemistry and zoology and then entered graduate school to pursue a master’s degree in entomology (the study of insects).While he was a graduate student, Dixon started sculpting again, beginning by carving a candle. Next, he carved an Iberian warrior from a block of wax. A friend was so impressed that she encouraged him to have the figure cast in bronze. He continued to sculpt, but for seven years he worked as a commodities broker on the Chicago Board of Trade to earn a living.

When Dixon returned to Lubbock, he began to fulfill his true potential as a sculptor. In 1992, Dixon’s National Buffalo Soldier Monument was dedicated in Fort Leavenworth, Kansas. Approximately 20,000 people, including more than 100 veterans of the Ninth and Tenth Cavalries, the “Buffalo Regiments,” attended the dedication of Dixon’s larger-than-life sculpture of a mounted buffalo soldier. General Colin Powell, Chairman of the Joint Chiefs of Staff, dedicated the monument and later sent Dixon a gift—the stars that Powell had worn during the Desert Storm campaign.

While researching the contributions of African Americans in the military, Dixon learned that a man named Eugene Bullard was considered a national hero in France. He had been the first African American pilot to become an ace in World War I. On October 16, 1993, which was declared “Eddie Dixon Day” in Washington, D.C., Dixon’s sculpture of Eugene Bullard was installed at the Air and Space Museum of the Smithsonian Institution.

In the fall of 1999, the figure of a Spanish conquistador was unveiled at the Lubbock Civic Center. Knight of the Llano Estacado stands more than one story high. As with the buffalo soldier sculpture, much of the conquistador’s magic lies in the eyes. Somehow, Dixon gave to them an expression that tried to portray what must have been a common feeling for these travelers—pain and yearning for home.

Dixon’s sculptures are on exhibit at the National History Museum of the Smithsonian Institution, the Pentagon, the Department of the Interior, and a number of other national museums.

Eddie Dixon is the Sculptor of the statue of Doris Miller which will be the centerpiece of the memorial site. 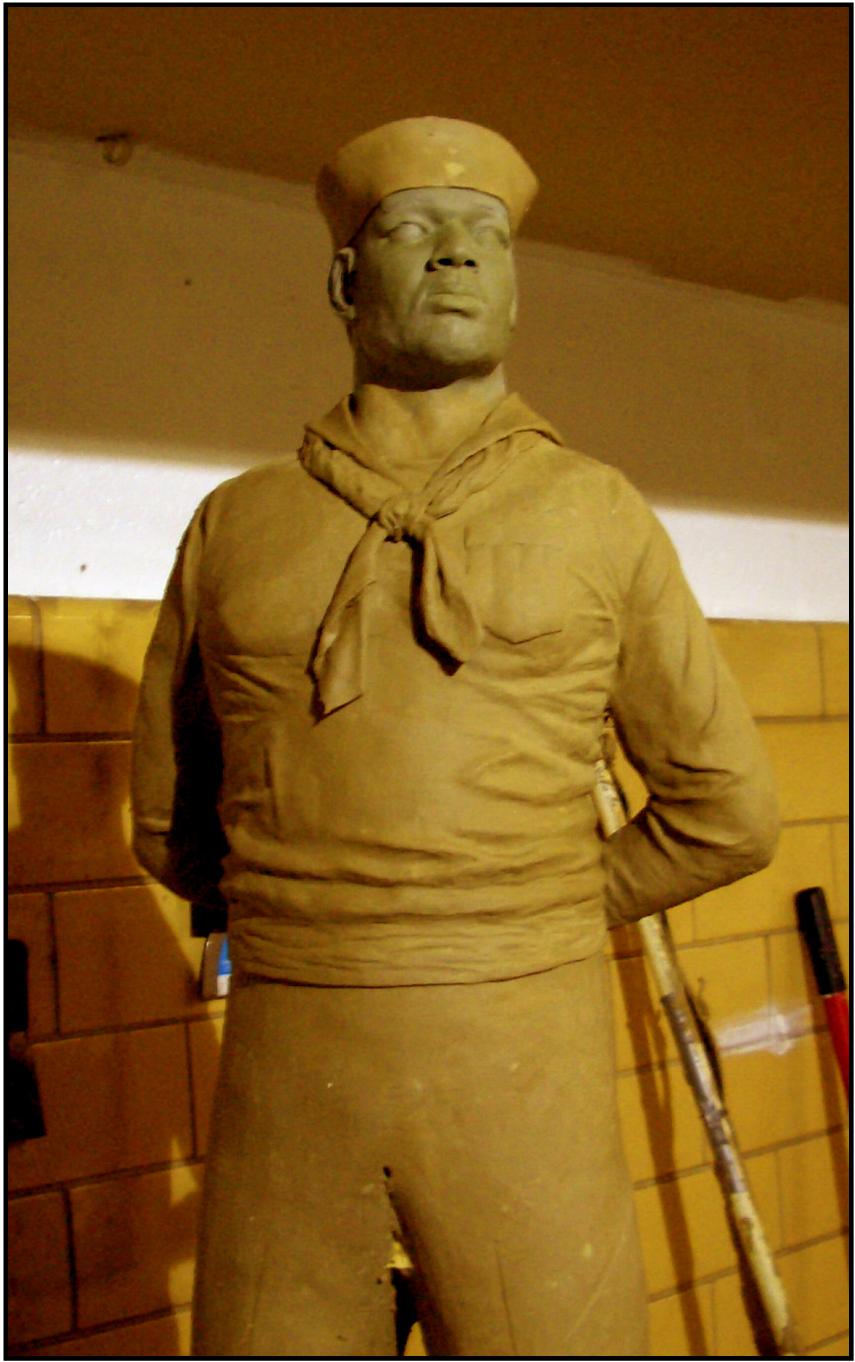